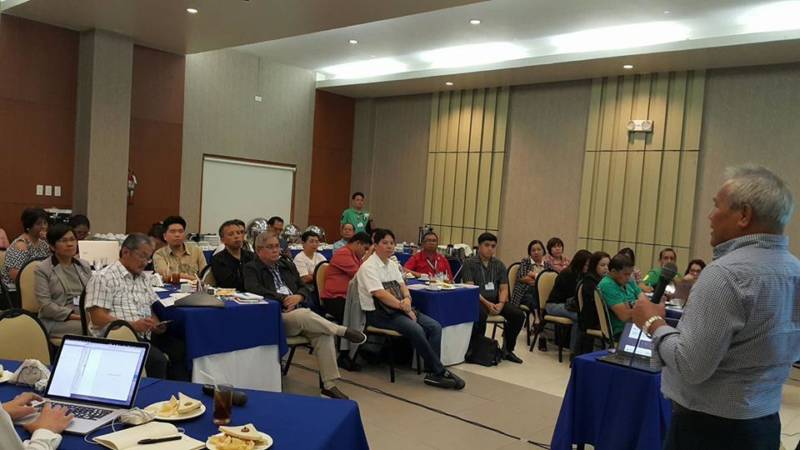 The workshop in Cagayan de Oro was part of the first leg in a series of capacity development events taking place over the course of the BCRUPD project. It was held on 26–27 October 2017 at N Hotel.

Cayagan de Oro is considered the gateway to northern Mindanao, serving as the commercial and political centre in the Mindanao region. The city is nestled between the central coastline of Macajalar Bay to the north and the plateaus and mountains of Bukidnon and Lanao del Northe to the south. The municipality of Tagolan, with its heavy industrial activities, neighbours the city to the east. Cayagan de Oro’s ecosystem presents a mix of coastal and upland areas with vibrant commercial and residential areas in the city centre.

The city has been considered highly urbanized by the Ministry of Local Government since 1983. But in recent decades, it has grown increasingly dense and been characterised by sprawl. This development has led to traffic congestion following the surge in number of private vehicles, as well as limited accessibility to basic services. The economy of Cagayan de Oro is largely based on industry, commerce, trade, service and tourism. The city’s development has led to a rising demand for safe and affordable housing for its growing population.

Amid the rapid development, however, is a continuous vulnerability to extreme weahter events and the effects of climate change. The city has low-lying areas, with majority of its barangays (villages) susceptible to flooding. Main causes of flooding are the conversion of floodplains and old waterways (such as dry riverbeds) to new areas like residential subdivisions, underdesigned drainage canals, and clogged drainage systems linked with poorly managed waste disposal.

The barangay of Macasandig in particular was tremendously affected, with several thousands dead and injured. And along with other parts of Visayas and Mindanao, it was affected in early 2017 by heavy rain that flooded the city’s many streets, stranding commuters. At the University of Science and Technology of Southern Philippines (USTP), nearly a thousand students were trapped as most of their campus was flooded.

Unfettered urbanization, risk to natural hazards, and the city’s aspiration to assert its strategic role in the development of the southern Philippines, among other criteria, have made Cagayan de Oro well poised to be one of the project’s five partner cities. 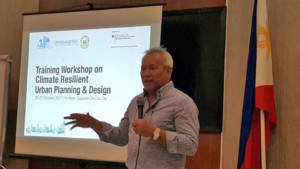 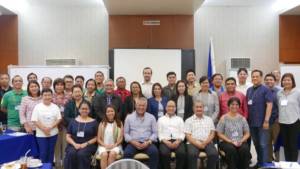 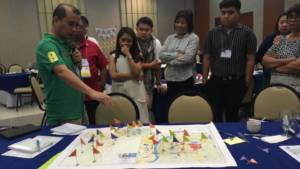