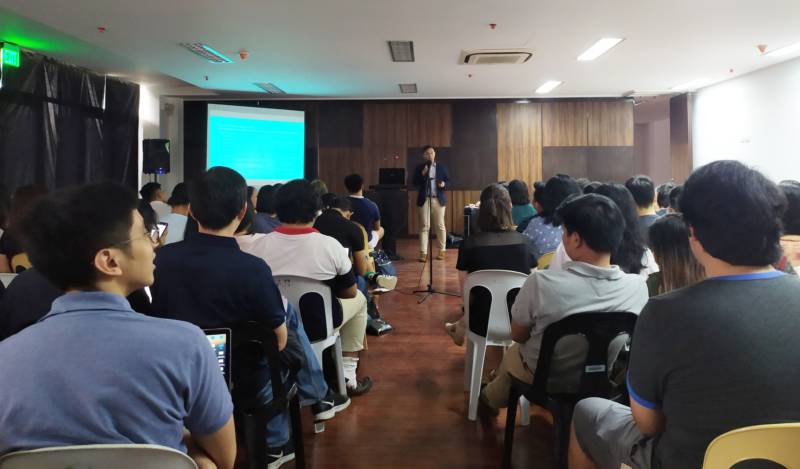 In partnership with the University of the Philippines Diliman College of Architecture, architecture students and faculty members were invited to a symposium last October 18, 2019 which shed light on Philippine housing issues and informalities in urban areas, and the work of development organizations, government entities, and the academe in addressing these issues.

Architect Armin Sarthou, Jr., Dean of the College of Architecture, welcomed the students and faculty before giving the floor to Mr. Christopher Rollo, UN-Habitat Country Manager, who discussed the work of UN-Habitat on slum upgrading, global standards and principles on slum upgrading, and spectrum of tenurial rights in the Philippines and abroad. Atty. Junefe Payot of the Social Housing Finance Corporation (SHFC) supplemented this with current modalities of government support to informal communities to secure tenure including their community mortgage program. To further equip the audience, Ms. Emma Ulep of HLURB presented the National Urban Development and Housing Framework (NUDHF), which can guide academic and architectural practitioners in slum upgrading practices and inclusion in housing developments.

An engaging Q&A followed, facilitated by Mr.Michele Suria of the Architecture faculty.The guest speakers provided additional information on relocation, population, participation, and livelihoods, vis-à-vis housing and land. The symposium also clarified the roles of different government agencies that deal with housing, including the operationalization of the newly created Department of Human Settlements and Urban Development (DHSUD). While frameworks already exist, the speakers recognized the need to overhaul existing processes and systems to make them more participatory and people-oriented. According to Mr. Rollo, “As long as existing systems in government are not tweaked to be able to make sure that meaningful participation can happen, then we will have certain challenges.”

On the growing population in urban areas, Mr. Rollo and Ms. Ulep agreed that it is not so much about controlling population as much as managing it and understanding its dynamics. Atty. Payot added, “Some say there is an artificial scarcity of land in Metro Manila… This goes back to how we see what is the highest and best use for land. Most people look at it only in commercial terms. There are uses that I think are also very important which also gives you both economic and social benefits”.

This symposium on slum upgrading is part of Urban October 2019 which recognizes the role of the youth in sustainable urbanization.