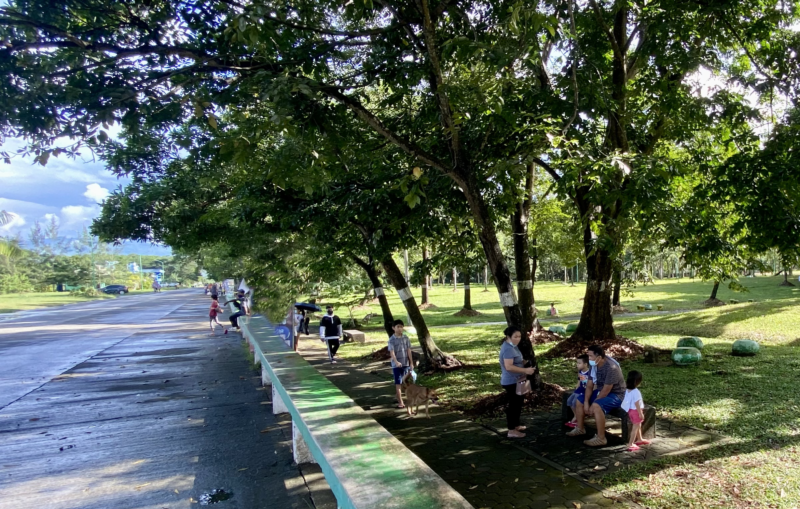 More than ten years after surviving bone cancer and sustaining an orthopedic disability, Dr. Maureen Ava-Mata has become a staunch advocate of the rights and dignity of persons with disabilities nationwide, having a network of 451 organizations.

Dr. Mata pushed that inclusion and accessibility for persons with disabilities be included in the government’s Resilient and Green Human Settlements Framework (RGHSF) jointly spearheaded by the Department of Human Settlements and Urban Development (DHSUD) and the Climate Change Commission (CCC).

During the recently concluded experts group consultation led by DHSUD and CCC, Mata expressed that persons with disabilities should have active and meaningful participation in building resilience of communities where they can be properly informed on options for green human settlements.

The consultation is another step forward as DHSUD and CCC inch closer to the finalization of RGHSF, a framework that seeks to address combined challenges of urbanization, climate change, and public health issues in human settlements.

The framework is being developed with support from the Building Climate Resiliency through Urban Plans and Designs, a project led by UN-Habitat Philippines and funded by the German government’s International Climate Initiative.

Also present in the consultation are experts representing the youth, culture and arts, energy sector, and public health.

Youth sector representative Rodmar Eda, National Convenor of 2030 Youth Force in the Philippines, agrees with Dr. Mata that meaningful engagement must be pushed especially for the youth, allowing the sectors to be part of the process from ideation, design, implementation, and evaluation of all efforts on climate resilience.

On the same note, public health expert Dr. Madonna Andaya-Añabieza urged that resilience building among populations must also place special attention to the elderly since they are highly vulnerable especially in times of pandemic.

UN-Habitat Philippines Country Programme Manager Christopher Rollo, former chairperson of the National Committee on Visual Arts of the National Commission on Culture and Arts, thinks that resilient and green development pathways include meaning-making that involves anchoring on worldviews, allowing the process to be cultural in nature.

Public health experts present in the consultation commended the timeliness of the framework as the country moves to recover from the COVID-19 pandemic.

“This is a timely and important contribution in the age of COVID-19 and the climate crisis. Human settlements, especially in the age of rapid and continuous urbanization, are central to preventing the next pandemic, improving human health and wellbeing, tackling the climate emergency, and safeguarding the health of the planet for generations to come.” said Dr. Lorenzo Guinto, Chief Planetary Health Scientist and Co-Founder of the newly established Sunway Centre for Planetary Health in Malaysia.

Andaya-Añabieza meanwhile stressed that building capacities of health workers on climate resilience and green development must be improved, noting that mainstreaming of such efforts must be improved even though the Department of Health already has a division on climate change.

For Dr. Paul Michael Hernandez of the UP College of Medicine, it is important to consider vulnerable populations in establishing healthy schools, workplaces, and communities to improve human health behavior.

“There should be multi-stakeholder engagements, intersectoral collaborations and transdisciplinary initiatives to develop evidence-based policies, programs, and services,” Dr. Hernandez noted.

An earlier round of consultation was held in December 2021 where participants include experts on transportation, social enterprises, urban poor, water resources, and solid waste management among others.

Jeanette Cruz, Director of DHSUD Environmental, Land Use, and Urban Planning Development Bureau, cited the need for the participation of other national government agencies in order to bring the framework into effective implementation.

She also enumerated activities that led them to the current draft of RGHSF including inter-bureau and high-level consultations among DHSUD offices, policy development trainings, joint technical sessions with CCC, and various resilient and green recovery workshops with partner cities.

In March, DHSUD led another RGR workshop with Tagum City where the agency gave assistance on detailing the locality’s projects and programs for green recovery.

Meanwhile, through a series of consultations, DHSUD has finalized the enhanced risk framework for the Climate and Disaster Risk Assessment (CDRA) which now incorporates urban development trends and computing for future risks.

DHSUD has began conducting pilot testing in two partner cities for solidifying the tool’s proof of concept and for observing further enhancements necessary.

Now in the final stages of the draft, the policy Framework will be presented in the next Climate Change Adaptation and Mitigation Cabinet Cluster meeting to gather high level inputs before the approval of DHSUD National Housing Board in June 2022. 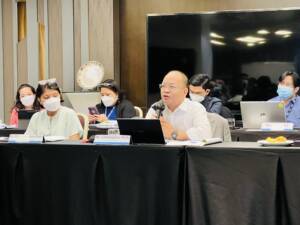 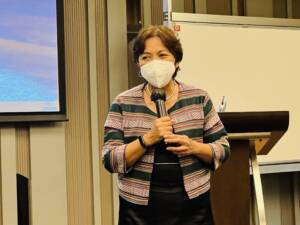 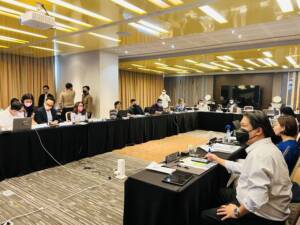 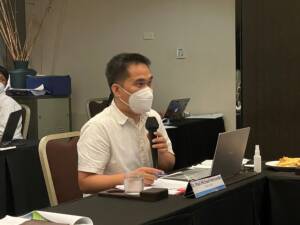 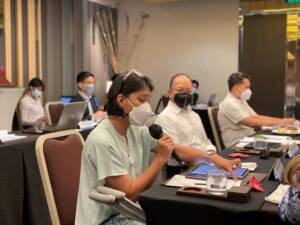 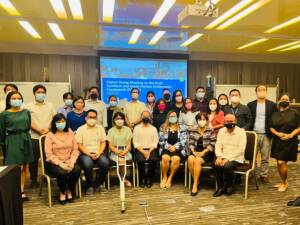