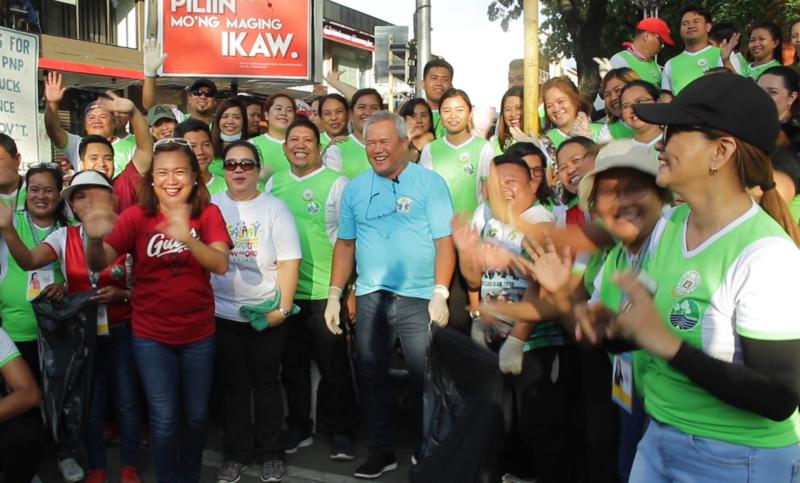 This year’s Urban October engaged selected mayors from the Philippines with the launch of the Mayors’ Challenge, an online campaign in partnership with the League of Cities of the Philippines (LCP). The Mayors’ Challenge invites local authorities and their staff to feature on video a particular urban sustainability practice that meaningfully contributes to sustainable urban development. At the end of the video, the mayors nominate another mayor or city or all Philippine mayors in general to take up the challenge.

To date, seven mayors have joined the challenge. Mayor Moreno of Cagayan De Oro City did “plogging” (picking up trash while jogging) with his staff to promote solid waste management while keeping active. He then nominated Mayor Gomez of Ormoc City who visited a coastal community to highlight his city’s participatory approach in climate initiatives. At the end of his video, Mayor Gomez challenged Mayor Rosal of Legazpi City who, in response, led a coastal cleanup and mangrove planting activity to contribute to climate mitigation while supporting life below water.

Demonstrating that urban sustainability goes beyond the city proper, the mayors of Zamboanga City and Tagum City both championed marine conservation. Mayor Rellon of Tagum City featured a successful project that builds artificial coral reefs and mangrove nurseries to strengthen fish populations and food security, while Mayor Climaco of Zamboanga City featured city government’s efforts in protecting the island of Santa Cruz. The Zamboanga Mayor nominated Mayor Medina of Vigan who introduced the weaving culture of Vigan and how persons with disabilities are keeping the tradition alive. Cauayan City Mayor Dy proudly shared the food bank of Cauayan, the city’s answer to hunger and malnutrition among indigent families. The active participation of mayors and the variety of initiatives featured in the challenge videos prove that local governments are not only inspiring their citizens but also other cities to take specific actions for a more sustainable urban future.

While launched in Urban October, the Mayors’ Challenge is an ongoing campaign. Video submissions continue to be gathered and promoted on UN-Habitat and LCP’s digital platforms.