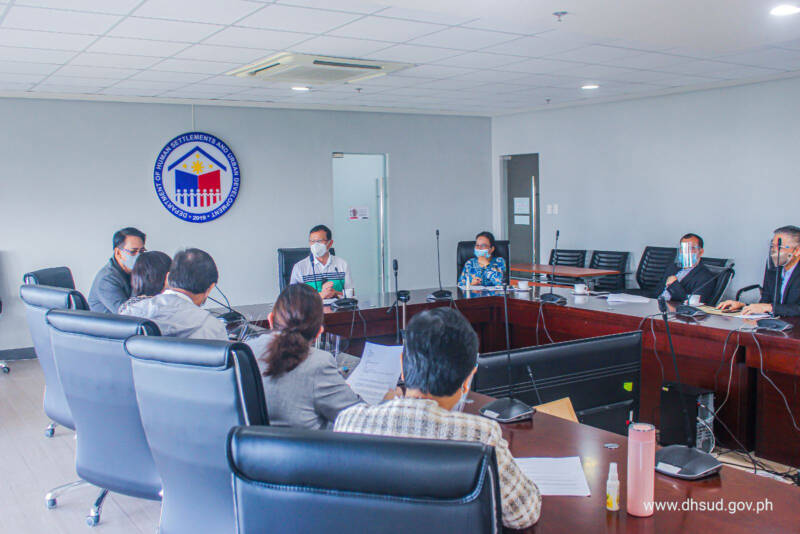 Experts pushed for provisions on addressing poverty, highlighting collaboration, and capturing green, blue, and circular economy as the Department of Human Settlements and Urban Development (DHSUD) presented its draft resilience framework in a conference held on October 22.

DHSUD reported its early progress on creating the Resilient and Green Human Settlements Framework in a session under the recently concluded International Conference on Human Settlements Planning and Development (ICHSPD) spearheaded by the Department of Community and Environmental Resource Planning, University of the Philippines Los Baños.

The framework is being developed by DHSUD in collaboration with the Climate Change Commission (CCC) and through UN-Habitat Philippines’ Building Climate Resiliency through Urban Plans and Designs (BCRUPD), a capacity building project funded by the German government’s International Climate Initiative (IKI).

Through ICHSPD, DHSUD initiated public discourse about the framework and solicited inputs from various experts from the housing and urban planning sector including Carmeli Chavez (Professor at the UP School of Urban and Regional Planning), Bert Smolders (Honorary Chair of the World Urban Campaign), and Congressman Jose Francisco “Kiko” Benitez (Committee Chair of Housing and Urban Development at the House of Representatives).

In its draft form, the framework adapts the vision of the Philippine New Urban Agenda and the National Climate Change Adaptation Plan.

Carmeli Chavez commended the framework for its promotion of rights-based sustainable development in addition to a more inclusive Philippines.

To further improve the framework, Chavez proposed to address the issue of inequity and poverty by specifying vulnerable populations including the informal sector, urban and rural poor, and the populations susceptible to geohazards.

She also recommended to enhance provisions on affordability of housing and basic services for the vulnerable sector and to likewise specify the role of national government as an enabler and crucial actor for leveraging collaboration.

Meanwhile, Bert Smolders emphasized the need to integrate a systems thinking approach and include short-term and long-term actions for creating healthy and livable cities.

Smolders also pointed out the responsiveness to future health risks, suggesting measures that will allow cities to be equipped in terms of protection, preparation, and prevention.

For Congressman Benitez, green economy as a result area must be further nuanced to include blue and circular economy, underlining the need to be mindful to the needs of coastal communities and the interaction of rural and urban localities in the country.

Benitez also proposed to refine the framework’s reference to rural industrialization, underscoring lessons from the pandemic that development has to be more central to human concerns rather than focusing mainly on industries and urbanization.

The lawmaker also posted questions on how other government agencies are seen to comply with the framework, ways on dealing with housing backlogs and informal settlers, and how the framework will apply to the formulation of local comprehensive land use plans.

Being in the early stages of formulation and considering the inputs raised in the conference, the framework will undergo further enhancement, expert group meetings, and inter-agency consultations before going to the approval and rollout stage.