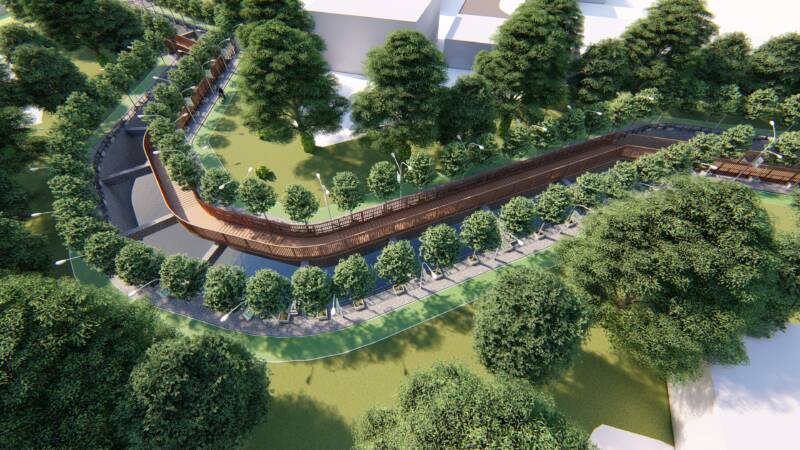 The city of Tagum is urbanizing fast and, with its strategic location in Southern Philippines, there is a booming trade, commerce, and service industry in the city. It also has 5,000 ambulant vendors who make the city’s parks and public spaces vibrant and thriving. But Tagum’s growth is challenged by the realities of climate change. The city is already susceptible to flooding because of its topography. With the changing climate causing stronger, more frequent typhoons, flooding in Tagum is projected to worsen. Hotter temperatures are also coming. PAGASA predicts a temperature increase of 1.4C to 2.3C by 2036 to 2065, posing a threat to citizen health and the productivity of the city’s natural resources. Tagum City is determined to adapt.

In late 2017, the city entered into a partnership with the Building Climate Resiliency Through Urban Plans and Design (BCRUPD) project, implemented by UN-Habitat and supported by the International Climate Initiative (IKI) of the Federal Ministry for the Environment, Nature Conservation and Nuclear Safety of the German Government, to pave the way for its climate-resilient urbanization. Along with other partner cities (Angeles, Cagayan de Oro, Legazpi, and Ormoc), Tagum received technical assistance and mentoring support from BCRUPD and the Housing and Land Use Regulatory Board (now Department of Human Settlements and Urban Development) in updating its Local Climate Change Action Plan (LCCAP) and Climate and Disaster Risk Assessment (CDRA), deepening the local government’s knowledge of climate science and helping it formulate a citywide adaptation strategy. Applying risk-informed urban planning and design to address climate change impacts, Tagum City developed its own climate adaptation project: the TAGUMPAY CITYWALK. Tagumpay is Tagalog for “success”. The project demonstrates the use of nature-based solutions with strong community participation to counteract flooding and increasing urban temperatures faced by vulnerable residents and businesses in the city center. Using the various scales of urban design from macro to micro (Urban Grain, Density/Mix, Height/Massing, Streetscape/Landscape, Facade/ Interface, Details/Materials), the city proposed a range of climate-resilient design for the specific vulnerable area identified for the Tagumpay Citywalk. Strategies include detention streets to hold floodwaters away from structures in case of high precipitation, rainwater harvesting tanks for individual buildings and public areas to store rainwater from roofs for non-potable use, water retention areas and urban forests to retain water to minimize the volume of runoff, green streets to assist in minimizing runoff and filtering water-borne pollutants, and cooler building envelopes to promote ventilation and minimize solar heat gain by using insulated materials. The city also aims to pass ordinances to support their long term adaptation and mitigation strategies.

The city, led by Mayor Allan Rellon, is ready to present its project to local and international investors and partners in the virtual “Urban Resilience Investment Forum 2020” in November.

The cover photo is an architectural perspective of the Magugpo Creek, which will undergo rehabilitation under Tagum City's proposed adaptation project. 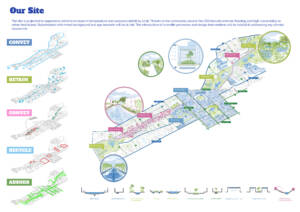 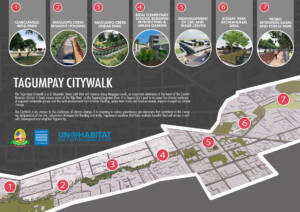